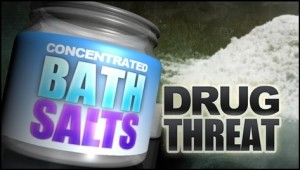 Congress has passed a ban on synthetic drugs that have similar affects as illegal drugs such as marijuana and cocaine. The ban ensures that manufacturers can’t get around local and state bans just by crossing state lines. The banned substances include synthetic marijuana (a.k.a. “Spice” or K2”) and cathinones (bath salts), which are similar to the drugs ecstasy and cocaine. The drugs have been sold at some convenience stores and gas stations. The bad publicity has given the industry a black eye.

Most major-brand oil companies have prohibited the sale of the drugs at their gas stations, and several have issued written warnings to branded marketers saying that selling the drugs violates their supply agreements and undermines their brand image. Besides being illegal in most communities, selling these products is also unethical and immoral. Time and again, recent news stories have reported the damage these drugs cause. In some cases, major-brand oil companies have said stations caught selling the drugs would lose their brand.