Tony Mazzarini Sr. came back from serving in the Air Force in WWII, and made a vow “I will never be poor again.” The son of courageous hard-working immigrants who left home and family in the 1920’s, and braved an ocean voyage to come through Ellis Island to America in search of a better life, for Tony Sr., childhood was often a struggle.

After the war, Tony Sr. worked with a kindly old-timer named Max Gilbert and a few years later, in 1949, with Max’s help and blessing, bought some property, put in a couple of tanks and an air compressor, constructed a building and opened up what today is Parkway Services. Tony’s father liked Amoco’s white gas and the way it made his Harley run. So for almost fifty years it was an Amoco Station until 1998, when Amoco was purchased by BP.

Tony, Sr holding Tony, Jr. pictured with his mother and six of his seven sisters.

Tony Sr. had seven daughters and one son. Tony Jr. was the seventh. To the son, his father was incredibly hard working, ambitious, and successful. Traditional, Tony Sr. handled things when there was a problem; but the boy didn’t really get to know his Dad until he started working at the shop, around seventh grade. While coming from a humble background, Tony Sr. did well enough to send his son to one of the finest universities in the world. Today Tony Sr. is almost ninety years old and he and his wife spend most of their time at their home in Florida. 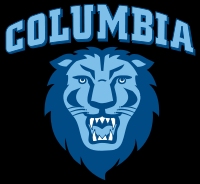 Tony Jr. was a starting linebacker for Columbia University and graduated with a degree in Economics. With a prodigious alumni network, Tony landed a job at a brokerage firm in the financial district. Smack dab in the middle of a boom, instant millions were made in this era; remember the film portraying that hedonistic world, “Wall Street.” Tony told his father that he wasn’t happy in his work or living in the fast lane. His father responded, “There’s always a job here for you.” How many celebrated athlete Ivy League educated economists return home and go into the family business?

Tony has been happily married for twenty-three years to his wife Michelle, a former teacher, who has a Master’s Degree in Mathematics. Tony says, “We are still in love.” They have three daughters and a son. So in the two households that Tony has lived in, there have been twelve women and only three men, so really, what chance did Tony have? Tony decided while he believed in his father’s work ethic, he vowed to be totally involved in his children’s lives. Like his father, Tony has been successful and caring enough to pay for his children’s education. Inside Tony’s station there are pictures of his beautiful family, and even his son’s football helmet.

Tony’s oldest Cara is just graduated from Villanova University. Cara earned a degree in Mechanical Nuclear Engineering, and chose to work for the government. Tony and Michelle are extremely proud that Cara was chosen to give a speech to her Engineering Graduating Class, and that they were so impressed with her, they asked her to give that speech a second time at the entire university’s graduation. Tony was overcome with emotion, watching his oldest child move on to the next exciting chapter in her life, educated, prepared, confident and loved.

A second daughter Alyssa followed her sister to Villanova and is studying to be a Certified Public Accountant. At Chartiers Valley High School, Alyssa was the starting center on a basketball team that had the courage to make it to the State Championship Game. Alyssa just finished her first half-marathon. Tony thinks Alyssa will be very successful at business.

Their third child, Anthony Joseph III or “AJ” will be graduating from Chartiers Valley High School where he was a starter on the contending football team. AJ will attend Penn State in the fall and undertake a new program that combines Business and Environmental study. Tony coached youth football for fourteen years, even after AJ had moved on. If sometime in the future, AJ says to his father, “Dad, I don’t really like this career path I have chosen,” Tony just might say, “There’s always a job here for you.”

Tony’s youngest Amanda is in high school and likes sports and girl stuff. She excels in basketball and volleyball and like her siblings; she participates in youth missions that are associated with her parish, Our Lady of Grace. Tony is involved in his parish and active in his community and. For some, loving a child is looking into God’s eyes. 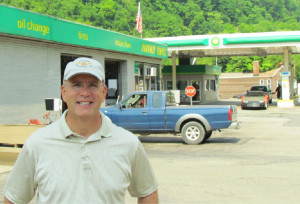 Tony has wonderful things to say about his employees. Like family to him is Rosalie Pabis, his trusted and devoted bookkeeper for over thirty years. “With over thirty-five years of experience, Dave Hodges is the most talented, honest and hardworking technician I have ever known.” Tony also said, “With almost twenty years of service, Garfield Smith has worked his way up from part-time clerk to manager of our very busy c-store.”

Tony has diversified in business. He invested in commercial real estate, a strip mall and other ventures. Amplifying an old-time principle, Tony’s policy is to buy or invest in something every few years. Tony said, “Having the good fortune of being my father’s son, I was raised around the business and the work ethic and example Dad instilled in me carries me through every day and every decision I make.”

Years from now, when his children are telling their own personal stories, I believe that all of Tony’s children will say;

“I had the good fortune of being my father’s child.”