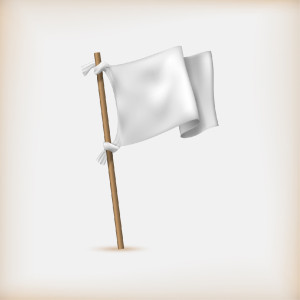 Consumer Activist Jamie Court calls it, “Capitulation, after you get bonked on the head by $4 gasoline enough times, maybe it doesn’t hurt as much. But there is still plenty of consumer angst bubbling under the outward signs of resignation.”

In 2008, when gas prices soared 35% in six months, Detroit automakers asked the federal government to bail them out. Gas prices are soaring again, yet the auto industry is booming. While it previously caused outrage, drivers now seem to take rising fuel costs in stride. Why?

The recent price rise of roughly 15% isn’t quite as bad as 2008. Gas-guzzlers are being replaced as new cars average nearly 17% better mileage than those purchased in 2008. According to the Federal Highway Administration, Americans drove 1% fewer miles last year compared with 2010, but the nation used 3% less motor fuel.

Americans have been driving less as each year passes. Virtual contact, all the different ways people use technology to stay in touch, Facebook, texting and Twitter, all entail that you don ’t need a car to hang out with friends. Because of the internet, fewer teenagers are bothering to get their drivers licenses. Years ago, gas and insurance were cheap, and cars were easy to fix. A kid could patch-up a clunker with parts from the junkyard, and cruise. Between $4 gas, high insurance and expensive cars that are complicated to repair, driving must be a daunting impossibility for many young people.

Gallup polled drivers, and found that 28% said a price point in the $4 range cause them to reduce spending in other areas. Some people just don’t drive as much and are careful to combine errands. But, at $5, over three-quarter of drivers say they would start changing spending habits. Gallup said , “There is room for a greater increase in gas prices before Americans say prices will cause widespread, serious consequences on their spending and lifestyle patterns.” So the oil companies know they have room to raise prices even higher.

Consumers need to be voracious in their complaints to the government and oil companies, especially where because of refinery and fuel blend issues, prices are higher than in other regions. The gas station owners are not to blame, and are being squeezed just like the average person. Consumers and gas station owners need to stay in touch with their representatives and suppliers to try and prevent even higher prices in the future.