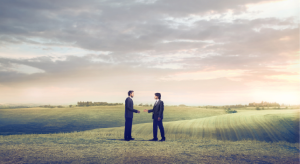 When reflecting upon one’s life, it is often the case that you can look back over a series of events that shape and help mold your life. It is rare when you can pinpoint the moment that had the greatest impact. For brothers Sagar and Sanjay Ukani, they feel blessed for meeting the right people at the right time in their lives. Sagar and Sanjay had not even finished high school when they relocated to the United States from India to forge a better life for themselves and their families. They had no money, no understanding of the English language and felt as though they knew nothing. Sagar likened it to being born one day and expected to survive on his own the next day. This was a scary, terrible feeling- one which he vowed his children would never experience. The brothers, united in their endeavor, were up for the challenge; they would never shy away from hard work.

Sagar and Sanjay found employment at a convenience store in New Jersey. They took immense pride in their work, which was noticed in a chance encounter with David Vakil, an encounter that would change the course of their lives forever. David had himself journeyed from India to the US, was making a good life for his family and promised to help Sagar and Sanjay get started on their journey. With a handshake and a gut feeling, Sagar and Sanjay put their trust into this man they just met. From that day forward a relationship was formed that far surpassed a business arrangement- it was an opportunity that changed their lives. 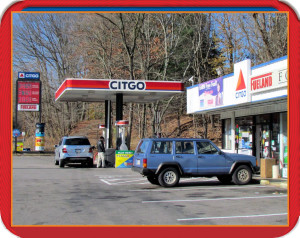 David Vakil owned a gas station and convenience store in Pittsburgh and offered to sell it to Sagar and Sanjay. This offer sounded simple enough, but was far from ordinary. Obviously, Sagar and Sanjay could not buy it outright, they would need to work it off. And let’s not forget, they were starting from a blank page. They knew nothing of the fuel business and were unable to communicate well using the English language. Their challenge was monumental, but David promised to teach them everything he knew about the gas station and convenience store business. He worked with them every day and even brought his son into the store to work side by side with Sagar and Sanjay. The brothers faced many struggles but were determined to succeed. They worked 18-19 hours a day, 7 days a week, covering every hour the store was open. Their main objective was to provide exceptional customer service. It didn’t matter how things used to be run, or how neighboring businesses conducted themselves, Sagar and Sanjay had their own vision.

Once someone stepped through their doors the goal was to secure that customer for a lifetime by providing competitively priced items with priceless customer service. Customers came to know and respect Sagar and Sanjay and became “regulars” at their gas station and convenience store. Within 3 years, the brothers were able to complete their purchase of the station from David Vakil. Now they were ready to take their business to the next level. Following in David’s footsteps, Sagar and Sanjay decided to work with Superior Petroleum Company. Superior Petroleum designed a supply program specifically tailored for their store. Drawing from their vast experience, they were able to work with Sagar and Sanjay to implement a more productive means of operating their location. Since their collaboration with Superior Petroleum in 2006, the brothers have access to the latest technologies and up-to-date POS systems and new state-of-the-art dispensers. Presently, Sagar and Sanjay Ukani refer to the aforementioned gas station/ convenience store as their first location, their “heart.” Superior Petroleum Company helped them increase their fuel sales and acquire additional gas stations/ c-stores.

The Ukani brothers were not only blessed in business, they were blessed in love. Sagar and Sanjay feel lucky to have found the people who will be in their lives for a lifetime, as each are married with 2 children. They admit that at the beginning they had put business first and missed out on a lot of family time. Their driving force was knowing that their efforts would result in giving their children the opportunity to receive a good education without the trying times they experienced. Sagar and Sanjay remain dedicated and can still be seen in their stores on a daily basis. They love what they are doing and have no plans to stop any time soon…but they often pause to give thanks to those people that have made an impact on their lives.