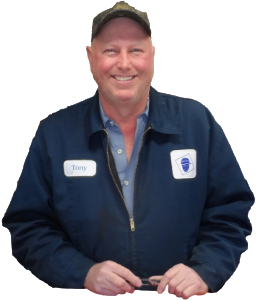 There are plenty of gas stations, convenience stores, and auto repair shops out there that offer the necessities at average pricing, but succeeding in today’s competitive market requires those extra “little things.” Be they gestures, actions, or words these little things can spark a turning point in your life or keep you on the path to greatness. This is the mindset of Tony Martin, a down-to earth, free hearted man who found his niche as an entrepreneur.

One such “little thing” still resonates in Tony’s mind, even though it happened over 20 years ago. In 1985, Tony was a young man taking his first steps into the business world when he was hired by Gibb Chevrolet to wash cars. The job itself may have seemed menial, but Tony put his heart and soul into it. He loved meeting the diversity of people and wanted every customer who drove away to be completely satisfied and inclined to return. Tony’s boss was impressed and made a simple comment that with Tony’s smile, he should go into business for himself. 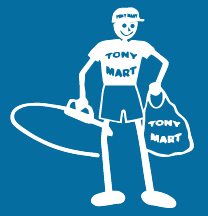 Tony, being one of seven children, was used to fighting for what he wanted, but he questioned whether he really had what it took to be a businessman. The words of his boss stuck with Tony and he wanted to share his idea with a very special person in his life, his mother, Norma Martin. There was no hesitation on her part, she knew Tony had what it took. Norma only had $300 but she believed in him and was willing to give Tony a chance to make it on his own. His mother’s support was a monumental turning point in Tony’s life. “I wouldn’t be ‘Tony Martin’ without my mom,” Tony said with a smile.

Tony knew the path he wanted his life to take. This young, skinny, wet-behind-the-ears man had his mind set and jumped in with both feet. Tony rented an old building with dirt floors and only a little kerosene heater to provide warmth. He purchased 300 gallons of gasoline, a case of motor oil and opened “Tony Mart.” Back in the day, people only bought enough gasoline to drive to town and back. Tony made himself available from 9:00 in the morning until 6:00 at night, just a little thing that meant a lot to his customers. If someone needed one gallon of gas Tony was pleased to meet them and more than happy to service them. It was a memorable moment when a customer filled their tank for the first time at Tony Mart. $27 in a single transaction! The possibilities were endless that day. Tony proceeded cautiously, slowly buying more, doing his best to provide his customers anything and everything they wanted. 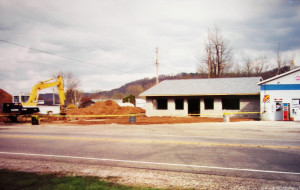 Tony’s customer base was growing and he did his best to keep pace, never letting his values or quality of service suffer. Tony focused on the little things. He greeted customers by their names, ordered the merchandise they preferred, and charged fair prices. He hired competent employees who were eager to learn and willing to develop the skills needed to provide Tony’s standard of excellent customer service. He mostly hired young, inexperienced workers who were grateful for the opportunity. These workers respected Tony and were compelled to do their best for him. He knew he was given a chance by his mom, and strove to pay it forward.

Customers respected Tony and appreciated all the little things he did at Tony Mart. Positive word of mouth spread in town as loyal customers told their friends and family of the excellent service. As word spread, Tony recognized an opportunity to expand his business and started providing tire repair services. Before he knew it, he was repairing tires, selling tires and even performing related auto services. He eventually became a licensed Goodyear dealer.

In 2012, Tony Mart was branded Valero by Countywide Petroleum Company, and the station underwent a transformation with a new canopy, POS system and new dispensers that provided customers the option to pay at the pump with credit cards. Tony received customized graphics that breathed new life into his store. With the assistance of Countywide Petroleum Company, Tony has been able to double the size of his convenience store and significantly increase his fuel sales. With more efficient methods of operating in place, Tony has been freed up to put more time into his tire shop. His business is thriving, his customers are happy, and he is making life better for him and his family. Tony’s wife Angie was there for him at the start of his journey. He is so thankful for her love and support, as well as that of their two sons, Cory and Chris. Tony has immense gratitude for the support of Countywide Petroleum Company and will continue doing all the “little things” that make him Tony Martin. Thank you mom!