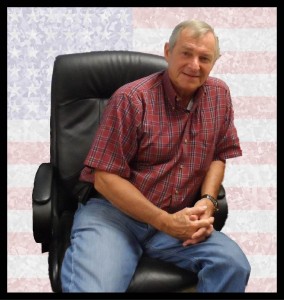 Don Bowers is a hard-working, humble and determined man with the tenacity and dedication of a true hero. He has been through many trials, tribulations, and just plain beat downs, but has always managed to get back up. Don’s determination was formed early in his life.  He was born during the Baby Boom era, an “after war baby” he says with a smile. He grew up in New Kensington, Pennsylvania along with 2 brothers and 1 sister.  At the age of 14, Don’s father was killed in an automobile accident, a tragic loss and an incredible obstacle to overcome, one of many life would throw at him.

After graduating from New Kensington High School Don worked as a floral designer at a flower shop. His desire to develop himself and the business drove him to pursue further schooling for floral design. Don moved to Connecticut to put down some roots and start the next phase of his life. Things were calm… but a storm approached.

In May of 1967 Don was drafted into the army, an experience that would test his courage and shape him into the man he is today. Due in part to his leadership qualities, he quickly made it to the rank of Sergeant. Five months into his service, Don was sent on a search and destroy mission, a mission that would forever change his life. It was New Years Eve 1967, Sergeant Don Bowers stepped onto an enemy mine and lost his leg, a devastating injury requiring 11 months in the hospital. Now what could he do? Don was an honorable, courageous and dedicated Veteran, a life member of the Military Order of the Purple Heart. He had a lot to offer, but no one wanted to hire him because of his disability.  He wound up back at a flower shop, the only business that would offer him employment. 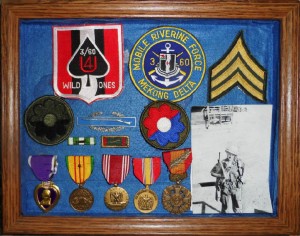 In 1970 Don’s mother in-law at the time had a job at an oil company called E.F. Houghton. She could no longer handle the position and asked Don if he wanted to try out for it. He did, and his career in the petroleum industry was born. In the beginning, the petroleum field was brutal, a lot of “knock downs and drag outs” Don remarked. “There were really tough people to work for, but if you stuck it out, you would learn a lot.” And that is what Don did, it was in his character. His success in this industry came from sheer determination. He worked his way up the ladder and learned nearly every aspect of the business. He made a lasting friendship with the toughest guy he ever worked for, Don Smith. It was Don vs. Don for nearly 12 years. It was a tough but invaluable learning experience. Smith gave Bowers a real backbone in this business.

In his current position as manager of petroleum products and transportation at Countywide Petroleum Company, Don has finally been able to work with a little more ease because of the way the company operates. Don’s vast knowledge and experience has taught him the best way to get things done for his customers. With the company, management and employees all working together, inspired by Don’s dedication and tenacity, his career in the oil industry and all those touched by him will continue to thrive. Don’s strength of character carries through to his wife Tina, their four children, four grandchildren, and even the great-grandchild on the way! Despite his numerous achievements in life, Don still possesses that burning desire from within to push forward and achieve more, and he has no plans to change any time soon.